Rachel Thapa’s favorite thing about being a coordinator is that it’s not just hopeful, but that it’s also realistic. “It’s not just pretending that things aren’t there, but its dismantling them in a way that allows students to feel hopeful and supported every day,” Thapa said.

She has surely taken this statement to heart, as she has worked tirelessly in her two years as a coordinator at Lincoln Park Middle School, to dismantle systems and create solutions to obstacles that students once faced daily.

When she first got to Duluth, public transportation near the school proved to be a huge barrier for students, teachers, and families. The middle school is located at the top of a hill, and in the winter, it can become unsafe for student’s to make the icy trek.

Thapa used her understanding of the community and families to organize a grassroots campaign to encourage the city to establish a bus route that covered the school. Now there is hourly bus service in her school’s district that runs up and down the hill.

This has allowed school attendance to increase, where students might have just skipped the whole day if they had missed their morning school bus before. The change has allowed parents to become present more often in the school building, whether for programming, events, or meetings with school staff. She has also witnessed a shift in community partners becoming more involved in school life.

The public bus service solution was one of her first objectives when she began as a coordinator. When reflecting on this experience, she recommend that other coordinators “begin their positions by listening well and with grace and humility.” She recalls coming in feeling like she was very familiar with Duluth’s education problems based on her past experience. But, she quickly realized that each school has very specific issues to address. The only way to understand these obstacles, she argued, is by truly listening to students and families at the start of a transition.

Some of the other successful programs that she has coordinated since the public transport advocacy include a Shoot for the Stars STEM camp, which is a week-long summer camp at a local college, St. Scholastica. This opportunity allows her students to continue learning over the summer, while getting a little flavor of what it’s like to be a college student. 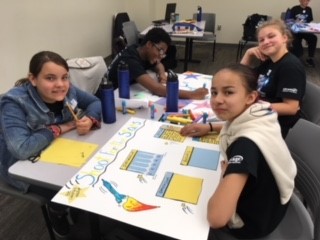 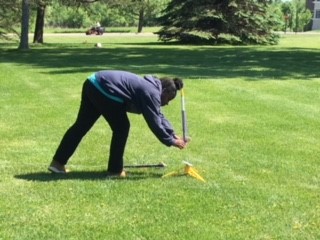 She also coordinates parent teacher home visits, which has made family engagement more accessible. “Research shows that it helps change assumptions that families have about the school and that teachers have about the families,” Thapa said. She confirms that it has made a difference in attitudes of both teachers and parents.

She has also co-chaired an initiative for a Health Action Plan that would allow an increase in health partnerships within Duluth, which was recently named a Coalition for Community Schools Health Focus Site. She thinks that an emphasis on health-based partnerships is an essential next step for Lincoln Park in better the school environment even further.

Although she puts in hard work to coordinate these initiatives, along with many others she has led in the last year, her work has been nothing but enjoyable to her. “Coordinators have a unique role in learning about the strengths of the community and further building partnerships for the school,” Thapa said. “That’s why I love it.”