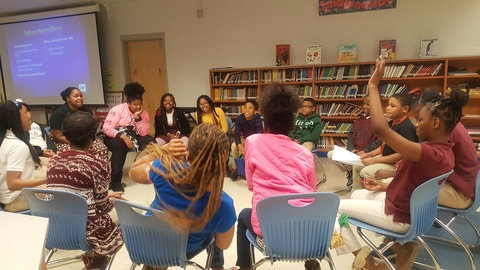 Now, as the Rodwell community school transitions once again, to include middle school students next year in addition to just elementary, Unoko is presented with a new challenge. Although few professionals get excited about a bigger workload, coordinator Gwendolyn Unoko is looking forward to successfully incorporating more than 200 new students next fall. Unoko is “looking forward to more success stories at Rodwell,” instead of worrying about the daunting task.

Unoko’s positive energy has allowed her to become one of the key leaders in the Rodwell community since it started as a community school. She is responsible for a lot of the school’s coordinating and programming that has allowed the school to thrive.

“[Coordinators] are the key person that the family will be able to contact and can tell their stories to. As a result, it’s the coordinators responsibility to come up with some solutions for the families and communities,” Unoko said. She has provided nothing short of incredible solutions and opportunities for both her students and families in the past six years. 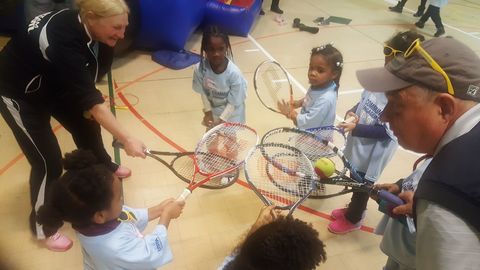 A few years back, Unoko coordinated a tennis program after school with a new teacher at Rodwell, who is an avid player. The program started out small with only a handful of students, and even without a tennis court. But, this did not stop the two staff members’ persistent positive energy and encouragement towards the program.

The tennis program won The Regional and Diversity Inclusion Award and, as a result, these staff members and their students in tennis were awarded the opportunity to attend the US Open. “I see it as a rich, expanded learning opportunity,” Unoko said. “I hope it will ignite hope in our students that any one of them could be out on those courts one day.” As if the U.S. Open wasn’t enough, the program has pushed even more boundaries since then. Now, the first hour of the school’s tennis program consists of an hour-long discussion with policemen about race relations every week. Afterwards, the two groups bond over the game of tennis, and even all share a free meal after they’re finished playing.

Unoko has organized countless other programs, including one where local Towson University students come in and aide for students during the day. While these college students help teach, they also instill faith in the Rodwell students that they too can attend college in their future.

As a veteran coordinator, Unoko’s top piece of advice to newer coordinators is “to get to know your school and families first.” Her favorite thing about her job is not just creating new opportunities for students, but also for parents. “There something special about connecting [parents and families] with the right resources,” she said.

For example, when two students who had to move farther away from the school when their father lost his job started having attendance issues, Unoko took initiative and investigated the problem by calling the family to ask what had happened.

When she learned that the father was unemployed and heard about their resulting move, she worked with the Rodwell principal to help the father find a job. “We understand that there is no separation of family life and school life, it is often directly connected,” she said. As a result of their efforts, the family was able to move back to their old neighborhood and the children resumed their perfect attendance streak.

Although her school has had immense success since its humble beginnings, she refuses to take any credit for it. “It’s not me, it’s everyone who understands the community school strategy and the vision,” Unoko said. “In successful community schools, everyone must work together.”